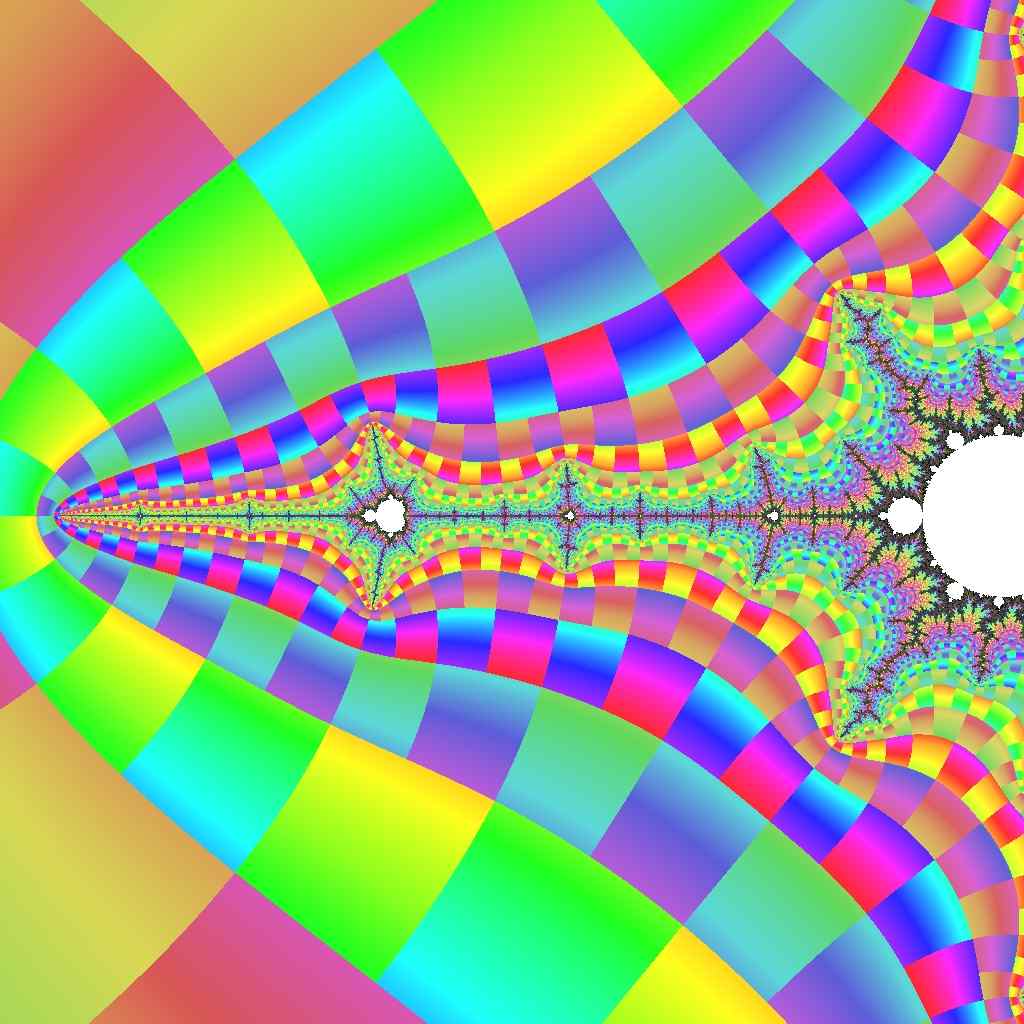 R2F(1/2B) is the R2-Name of the filament that lies on the real axis. It is the largest and most prominent filament, and thus has many colloquial nicknames.

The real axis itself, or specifically the line segment from -2.0 to the Feigenbaum Point, comprises a significant portion of R2F(1/2B). A large part of this line segment belongs to mu-molecules, but when these points are removed the result is a Cantor-like set that has positive measure (i.e. it has a non-zero total length).

David Doff has approximated the total length of this chaotic portion of the real axis, by using the Pixel Counting method to measure pixels on a line which approaches the real axis asymptotically from above. The grid density and iterations are increased at the same time. The result is 0.55.

From the Mandelbrot Set Glossary and Encyclopedia, by Robert Munafo, (c) 1987-2022.     Mu-ency index
This page was written in the "embarrassingly readable" markup language RHTF, and was last updated on 2018 Jan 07.