An alternate version of the Mandelbrot set resulting from the use of a different recurrence relation:

or, alternately, the application of a coordinate transform prior to using the normal recurrence relation: 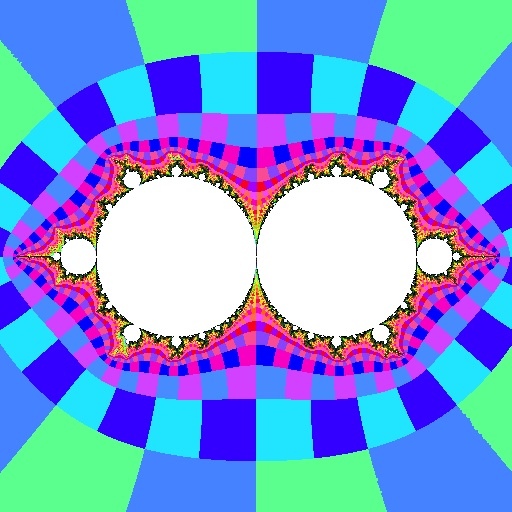 A lambda version of the Mandelbrot set appeared in Byte magazine 11 months before the better-known Scientific American article: 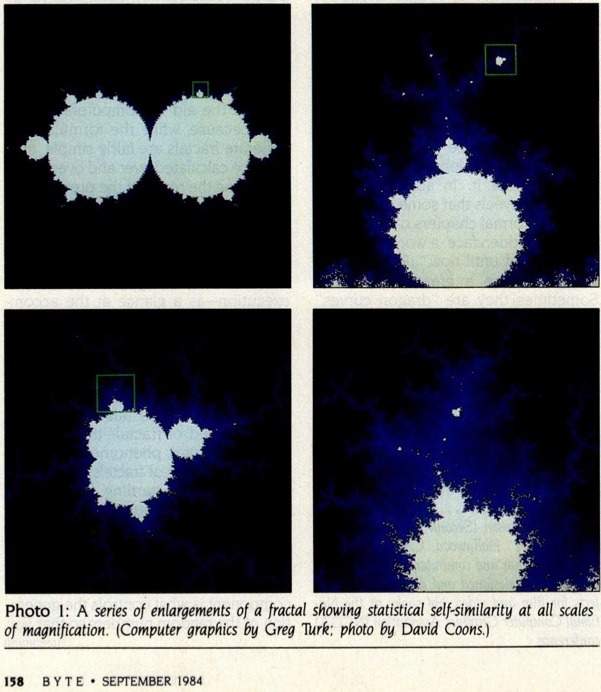 The images were created by Greg Turk; based on the BYTE article text, these images were probably created on a VAX 11/750 at West Coast University.

From the Mandelbrot Set Glossary and Encyclopedia, by Robert Munafo, (c) 1987-2022.     Mu-ency index
This page was written in the "embarrassingly readable" markup language RHTF, and was last updated on 2011 Jul 31.