Coordinates can be transformed between polar and orthogonal in a mathematically natural way by using the complex exponential and logarithm functions.

An exponential coordinate transformaion can be applied to a Mandelbrot or Julia view to give additional insight into its structure.

Here is an ordinary zoom sequence: 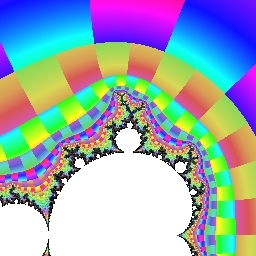 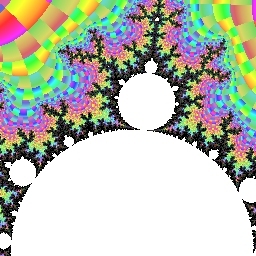 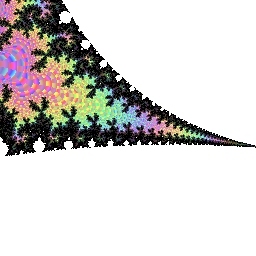 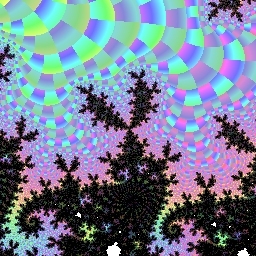 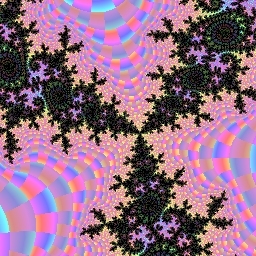 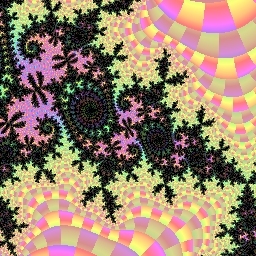 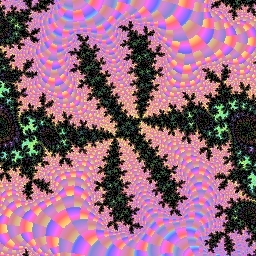 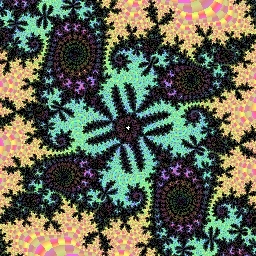 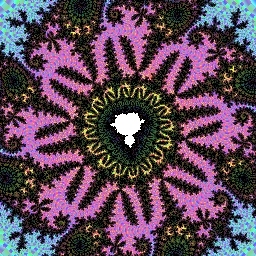 And here is the same location in the Mandelbrot set viewed through an exponential map:

There is another example in my Leavitt navigation description.

Some things to note about exponential maps:

If rendered at suitable resolution, and using bilinear interpolation, an exponential strip image can be used as source data for rendering frames of a Mandelbrot zoom animation. An inverse mapping (using the complex logarithm function) is used to compute the location (in the strip) of needed data for any given location in the normal orthogonal coordinate space.

This is an almost ideal speed improvement: all features will be rendered at exactly the resolution needed for the zoom animation, and no Mandelbrot iterations get computed twice.

The above images were created by replacing the "normal" coordinate transform:

With an exponential mapping:

From the Mandelbrot Set Glossary and Encyclopedia, by Robert Munafo, (c) 1987-2020.     Mu-ency index
This page was written in the "embarrassingly readable" markup language RHTF, and was last updated on 2020 Jan 15.